Interview: THEOTOXIN: “Black Metal isn’t a friendly and soft music, it should be violent. 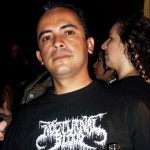 This coming October 28th, via AOP Records, will be released the new album by the Austrian Black Metal band THEOTOXIN, “Fragment: Totenruhe”, which will be the fourth album of the band. For this reason we decided to interview them to know more about them and their new work.

First of all, we would like to thank them for agreeing to answer this interview, let’s begin.

1. As far as we know THEOTOXIN (THEO: God in Greek, TOXIN: Poison) was formed in 2016, 6 years ago, what led you to form this Black Metal band and not another style within Metal, what would be the main influences of the musicians that make up THEOTOXIN.

F.: Back in 2016 I was involved in a few Black and Death Metal Bands/Projects which weren’t fulfilling me as a musician, I mean it was fun and all that but too many people were involved in decisions and this can sometimes lead into a dead end. And (Black) Metal is my passion since my early years, so it was kind of obvious for me to continue a band within that boundaries.

Ragnar: I was and will always be a lunatic Black Metal fan and musician. For me, Black Metal is one of the great sources of strength and power – it is an eternal burning fire with infinite fuel. 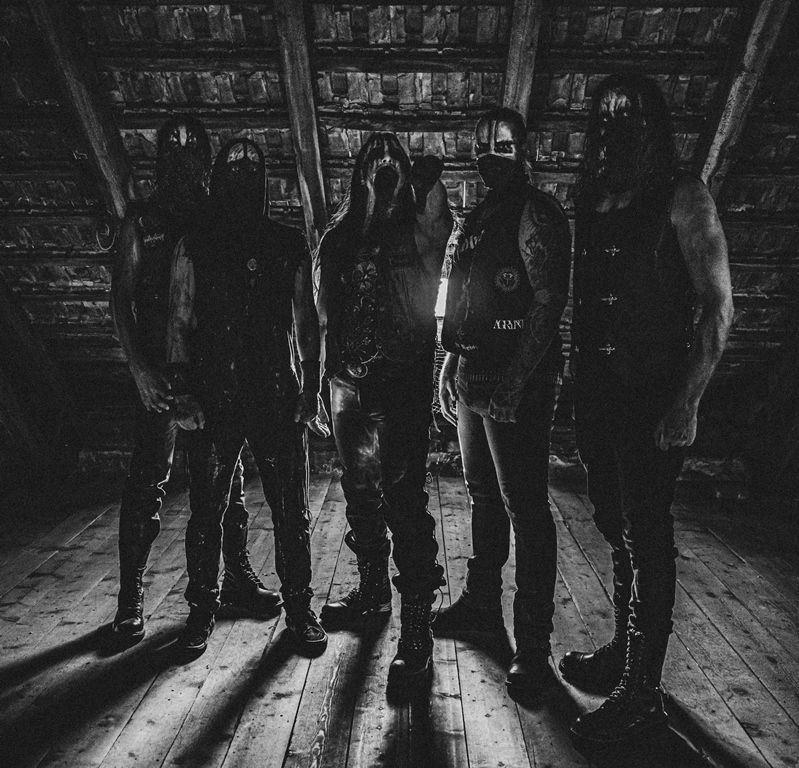 2. In the short time that the band has, it has experienced several changes in its lineup, to the point that of the musicians who recorded the first album of the band only remain, Flo and Fabian, to what is this due.

F.: When it comes to music I have certain ideas and beliefs. If a member doesn’t fit in, you have to leave end of story. Sounds brutal but I am doing this stuff since I am 14…now I am 39, so you do the math…5 years later I am not willing to struggle around with people who not stand behind Theotoxin or understand the meaning of Black metal in general. Fabian is a true comrade in arms, the same goes for Ragnar (Vocals). But at the moment we have a line up I am very happy with. Our newest guitarist R. is a perfect addition to the family.

3. The band in only 6 years has already released 4 full length albums, of their first 3 albums, which one do you consider was the one that led them to be recognized and to sign with a recognized record label such as AOP Records.

F.: “Fragment : Erhabenheit” was the one which led us to AOP Records. We are very satisfied with that record cause we finally found the fitting line up and that’s the way it shall be.

4. What was the reason for the change of logo, since from your third album “Fragment: Erhabenhet”, this is different from the first 2 albums.

F.: We felt that something has changed, when you listen to our second Output its way more Death Metal in sound and also when it comes to the vocals. Our Singer at this time wasn’t really able to perform such screams like Ragnar does and so the music sounded more like a Black/Death Metal record. When we met Ragnar we felt that something will change but for good. So we decided to change the Logo.

Ragnar: When I was joining the band at the beginning of the song-writing process for “Fragment : Erhabenheit“, we immediately felt a change within music and the whole conception, morphing Theotoxin into a new aera. To give a tribute tot hat, we decided to create a new logo and adapt our appearance on stage too. 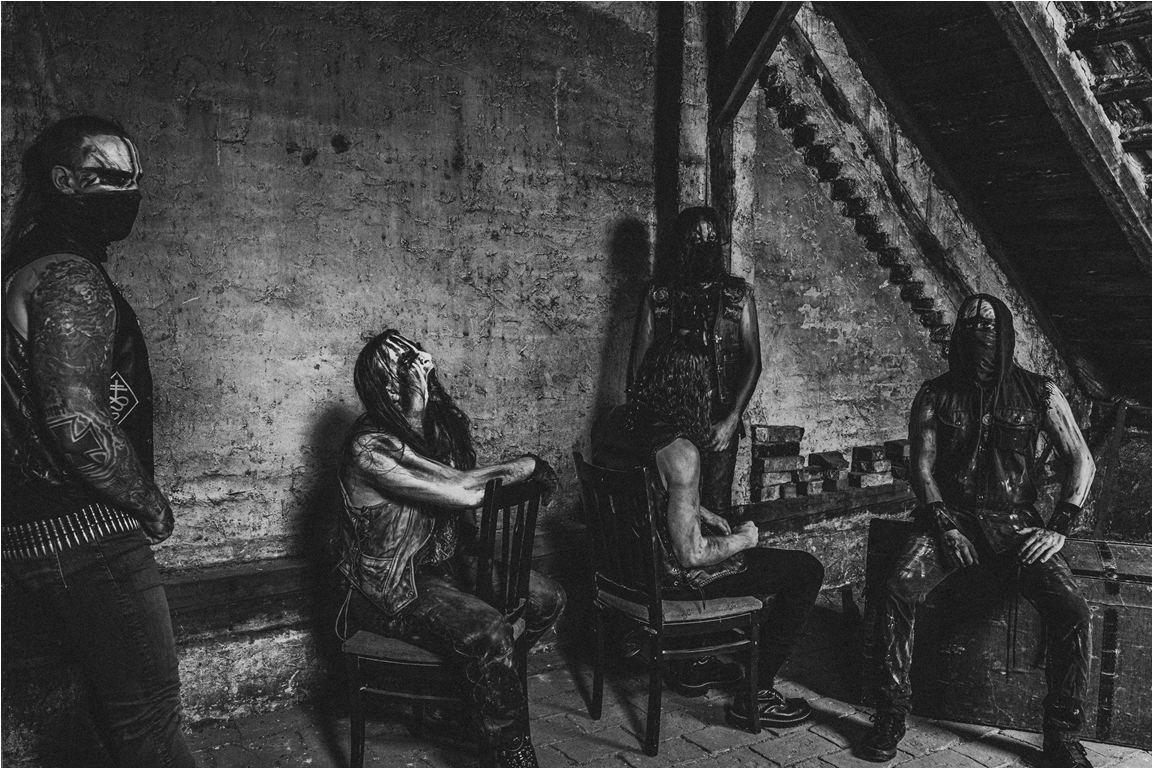 5. Talking about your new album, “Fragment: Totenruhe”, we see similarity with the name of your previous album, I think I read that this is the second of a trilogy, can you clarify and talk to us about this and the lyrics.

Ragnar: Fragment indicates a small part of something bigger. I have strong knowledge and visions about life itself and as I am responsible for all lyrics and song arrangements within Theotoxin, I feel the urgent need to transport (my) big visions through these Fragments, where each of them consists of certain ideas, often full of provokation or criticism and visions or missions that I have either initiated or that I am following with dedication.

While Erhabenheit was focussed on vital aspects of life, elitism and ideals as well as morals, Totenruhe is more focussed on the end itself, how we get there and can be seen as an accusation towards nowadays missent, deformed trends and happenings all over the world and within human society, everyone of us is part of and no one can absolutely deny. When we switch over to a bird view and sit back to take a look at the big picture, it must be clear that we are currently facing an era of cataclysm we forced ourselves into over decades of continous movement towards the chasm. This is basically the main topic of this current Fragment called “Fragment : Totenruhe“.

F.: Its a fragment, BUT i never said it will be a trilogy, that’s the reason we chose the word Fragment because it is part of a whole but leaves open how many parts there are. 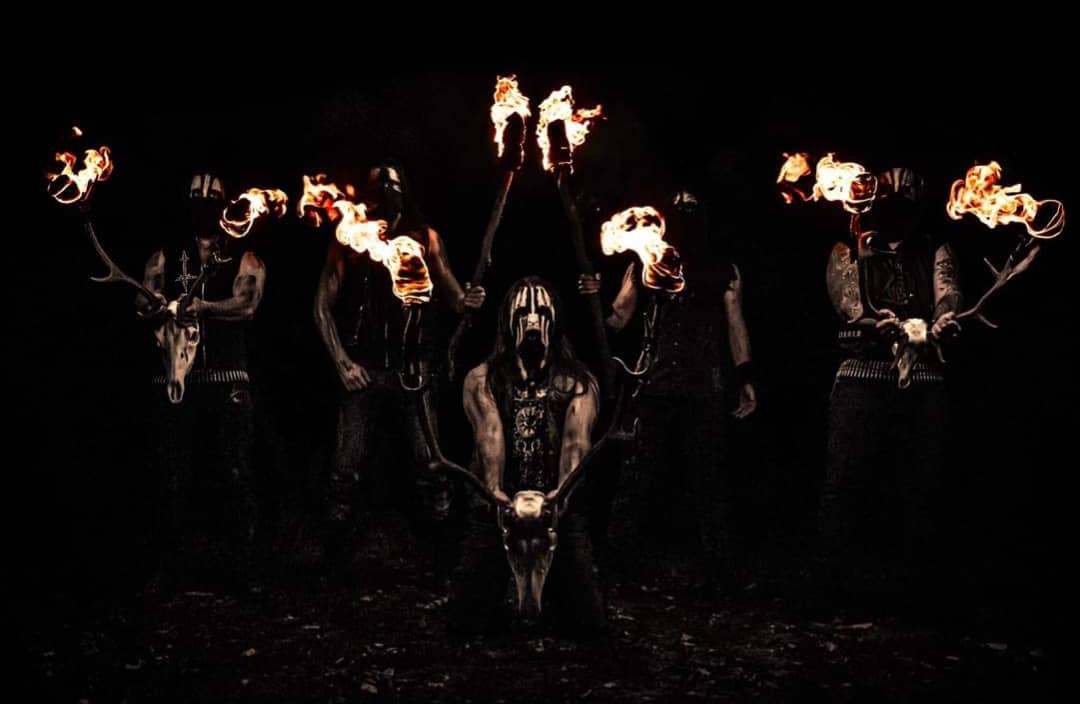 6. “Fragment: Totenruhe” will be released this coming October 28th, how was the process of composing and recording it. We know that Flo is the main composer of the band, Flo how is the process to compose a song until taking it to a recording studio for the final touch, so to speak, what do you get inspired or what do you think about.

F.: We have a very effective way to get things done. First I write all the music, then Ragnar, Fabian and I have a session were we work on the arrangements, Which I’ll leave mostly to Ragnar, because he has to arrange all the lyrics to it. Then we are going to rehearse the songs and record them. Thats the way it works since Fragment : Erhabenheit. The two Outputs before (Atramentvm, Consilivm) I did mostly alone or with Fabian.

About inspiration… I don’t know I am not the guy who can really describe what exactly inspires me, I don’t sit in the woods at night and listen to some streams and get the big Idea how the next song should sound. Moods can work as Inspirations I guess.

Ragnar: As I see lyrics and arrangement as very important and beside catchiness as my main missions within Theotoxin it is mandatory to work as close together with F. as possible. Due to the fact that we found a very harmonic way of working together, leaving each of us enough room for individualism and his ideas, we are able to produce a high quality output every time, although both of us are very strong individuals. We perfectly benefit from eachothers inspirations and when it comes to polishing ideas, Fabian comes into the game, challenging us, adding his personal note as well as often simply delivering a third opinion in a discussion process. 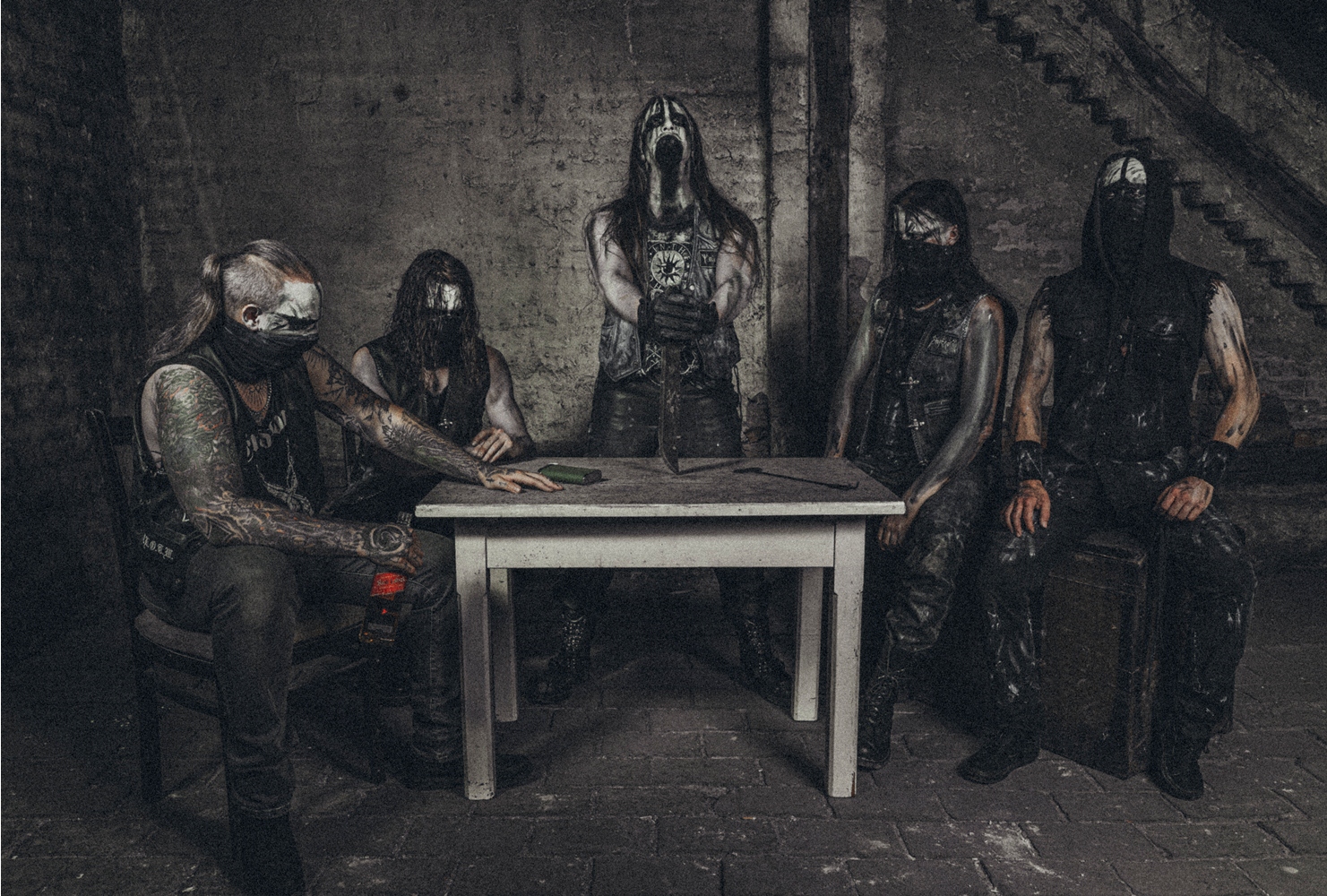 7. For this album you decided to continue working with the German Markus Stock, in his Klangschmiede Studio E, who was in charge of directing the recording, and was the one who did the mixing and mastering of the album, a decision that we consider right, but why?

Ragnar: Markus is a beast and he fully understands the essence of our kind of music.

F.: Markus is a great guy and friend of ours. We also recorded Fragment : Erhabenheit at his Studio and we always had a good time. Klangschmiede E has a very unique aura, in my opinion, which is perfect fo what we do. Markus has worked with bands like Ellende, Firtan, Dornenreich,Bethlehem, Dark Fortress, secrets of the Moon, Silencer, Alcest, Empyrium (his own band), and many more.

8. The cover was the work of renowned artist Jose Gabriel Alegria Sabogal, who had already worked with the band on the cover of their previous album, what led them to continue working with this artist and what was the concept used for the cover.

F.: Thats a short one: He is a fantastic artist and I wanted to have a visual connection to the last record.

Ragnar: His art and potential is simply huge and he is able to process everything you bring on his table. 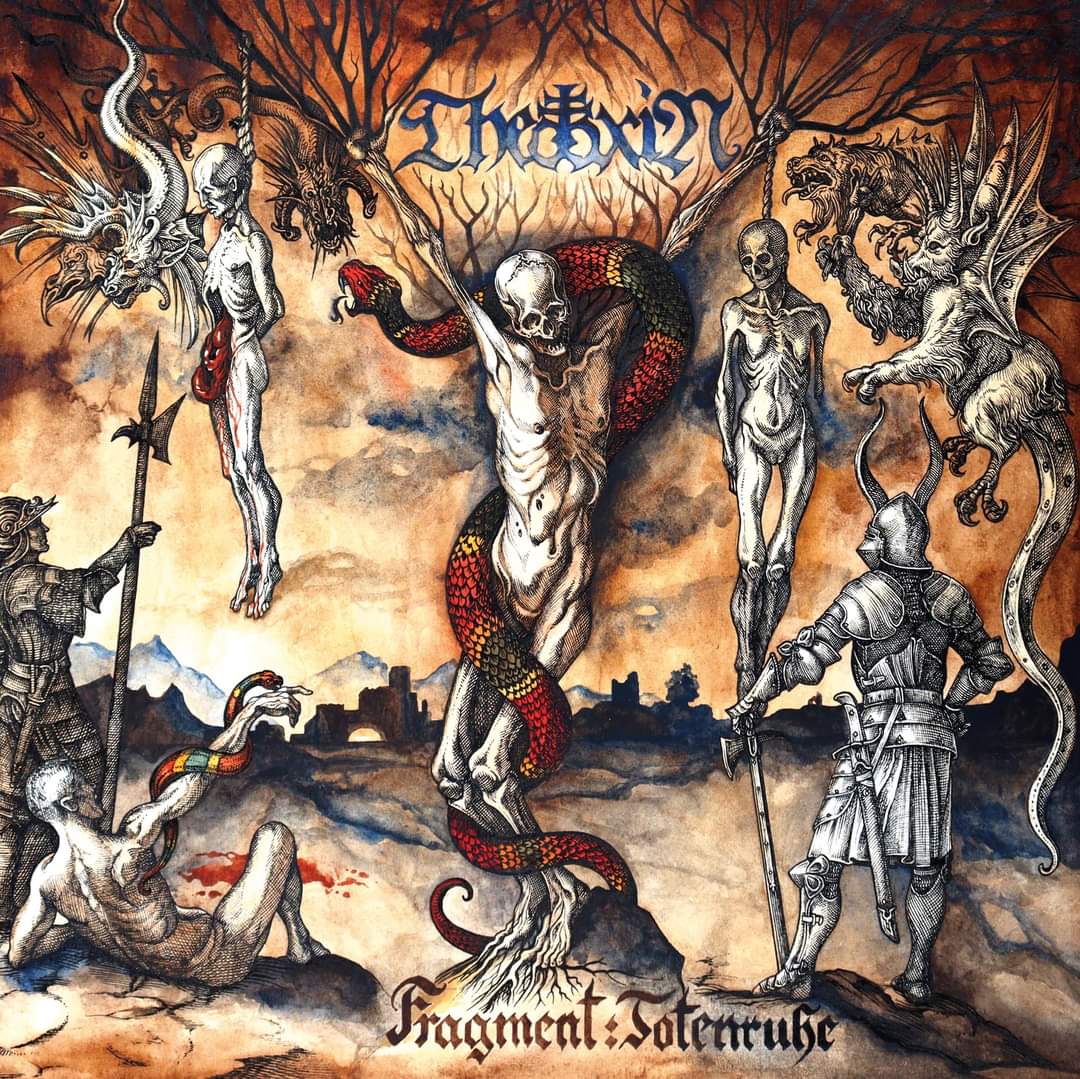 9. What does THEOTOXIN want to transmit with their music and lyrics?

Ragnar: I already answered this one within the discussion we had about the title of the album some questions above, but spoken in general, I would say that we transmit our own visions about life and beyond with our music without any compromise – lyricalwise or musicalwise.

10. Why did you decide to use the old school corpsepaint (black and white), we ask this because lately there have been many bands that cover their faces with hoods, masks, etc… What do you think about this kind of bands?

Ragnar: Black Metal like ours needs to have Corpse Paint in some form. It´s part of showing respect to the past and those who have contributed to the whole as well as bringing anonymity, dread and atmosphere on stage.

F.: When we changed the logo we started to use the paint, at this time I just saw two BM bands who were using it with masks…and I don’t really care about the Image or the Visual appearance of other bands too much. 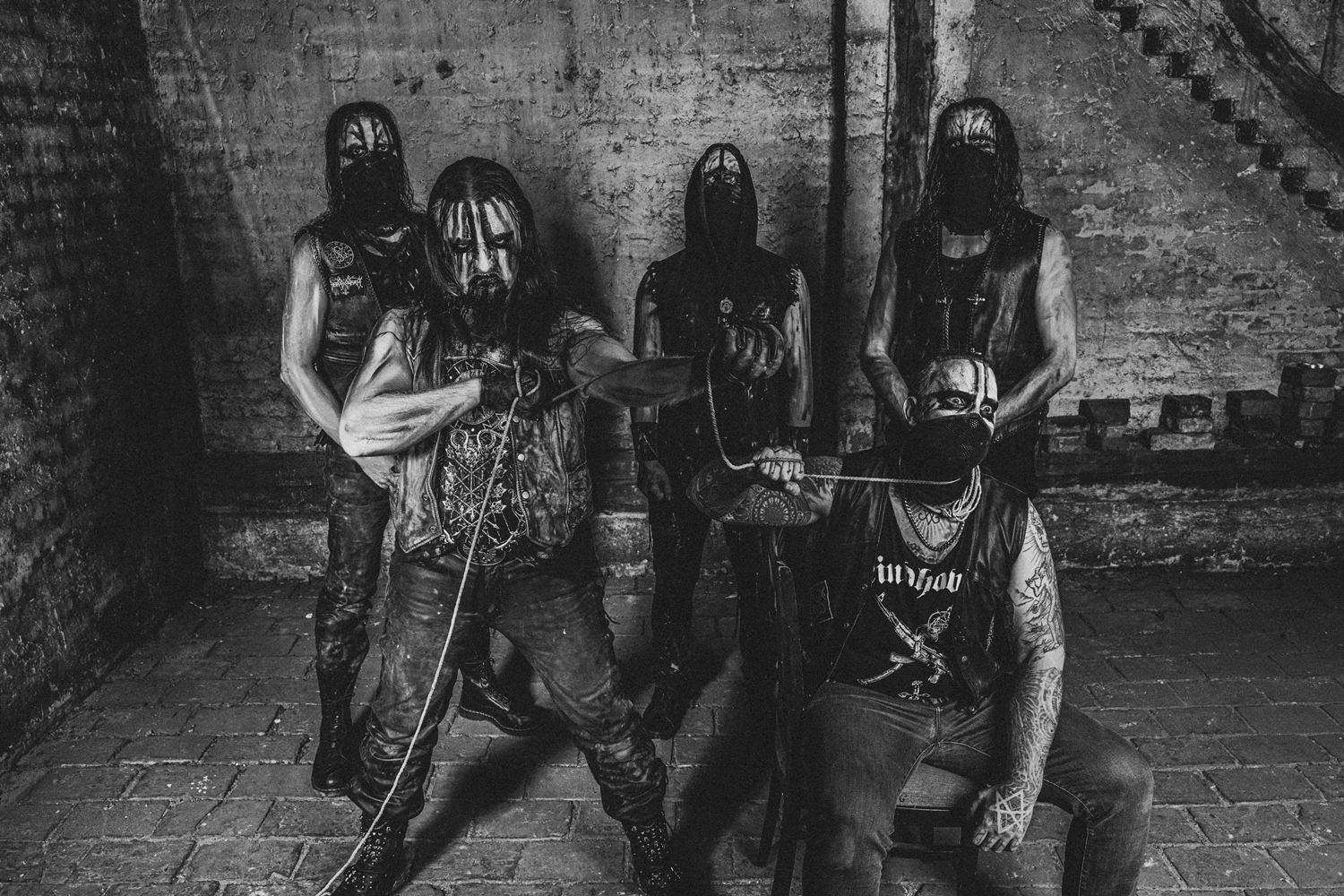 11. As for your live performances, tell us a funny anecdote that has happened to you and a negative one.

F.: Ragnar always gets very violent on stage, he often wrecks some mic stands or other things on stage. Sometimes he gets very aggressive towards the crowd which is entertaining, for me at least. But I think that’s important… Black Metal isn’t a friendly and soft music, it should be violent.

Ragnar: I think one of the funniest things was, that when we had a gig together with Batushka, I accidently kicked a vessel full of ash over half of the stage during entering. The floor was getting wet, because of the exzessive heat and water spilling during the gig and somewhere during the set the whole stage turned into a slippery mixture of water, sweat and ash, leading to me, falling into the ditch between stage and the crowd. I will never forget the face of the guy in the front row, that I was falling towards, because it happened so unbelievably quick, that neither me or him had the chance to react. 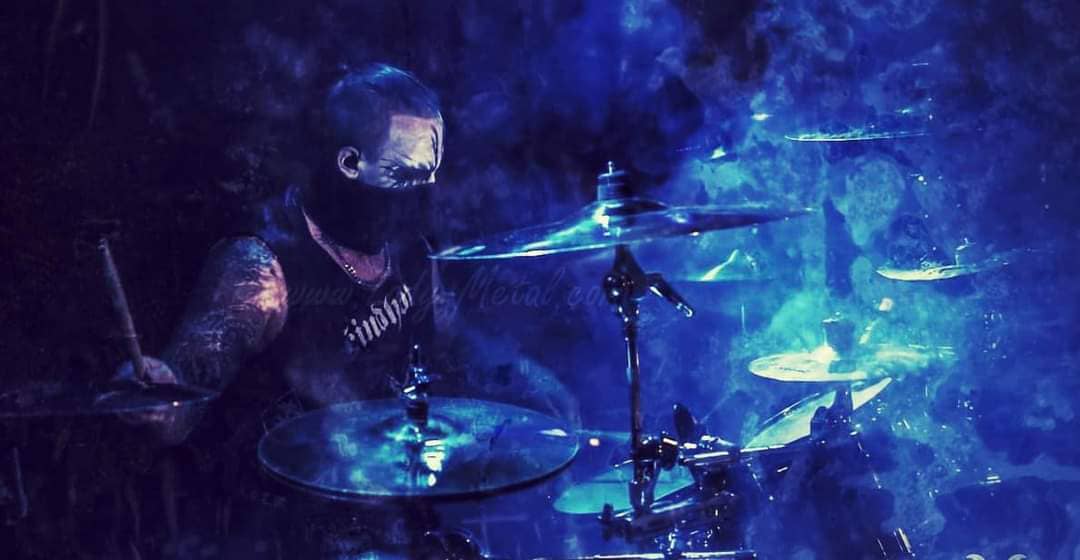 Ragnar: I think that the Black Metal genre is something that´s still underestimated but stepping out of the big shadows of Death Metal in Latin America. Of course there are well-known ones like Inquisition, Mysteriis, Thy Antichrist or Necrofago but in general there are not much bands that make it over to Europe in terms of live-gigs or even knowledge about them.

Send me some material over of your top five newer regional Black Metal bands that you can recommend.    I´m personally always interested in discovering new bands within the genre.

Februus; I will do it. 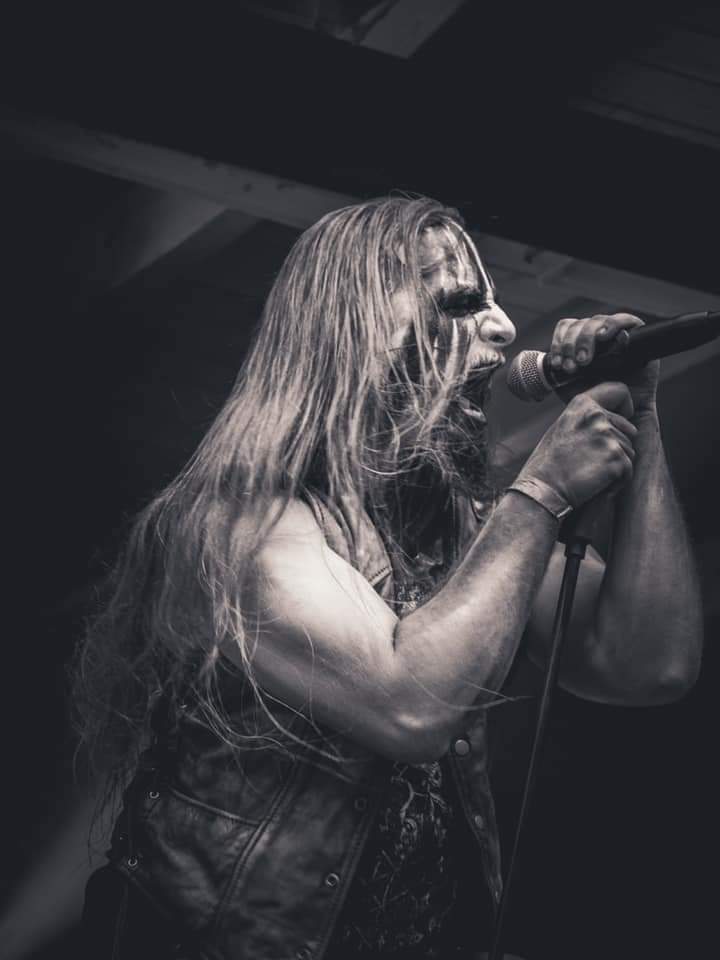 13. Without further comments we thank you for your time and we hope to have you soon in Latin America. Any last words you would like to dedicate to your fans in this continent.

F.: Thanks! Hopefully we will conquer your country soon, and until then check out our upcoming output if you are into Austrian Black Arts!

Ragnar: Thank you for your interest in our art and I can promise, that we would for sure set your place and crowd on fire in South America.

INTERVIEW with “ASH” from NARGAROTH 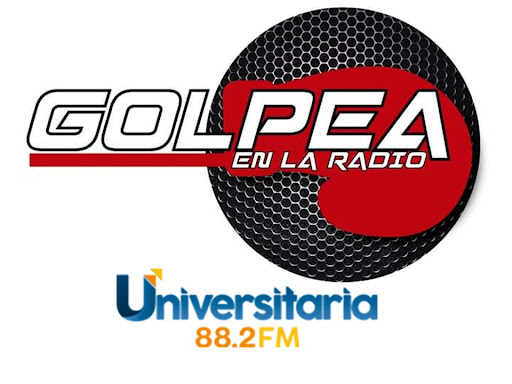 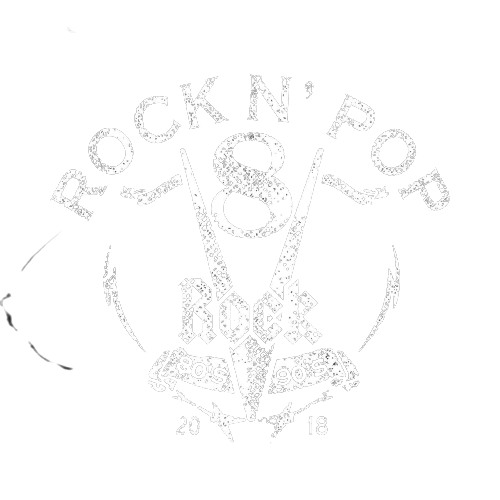